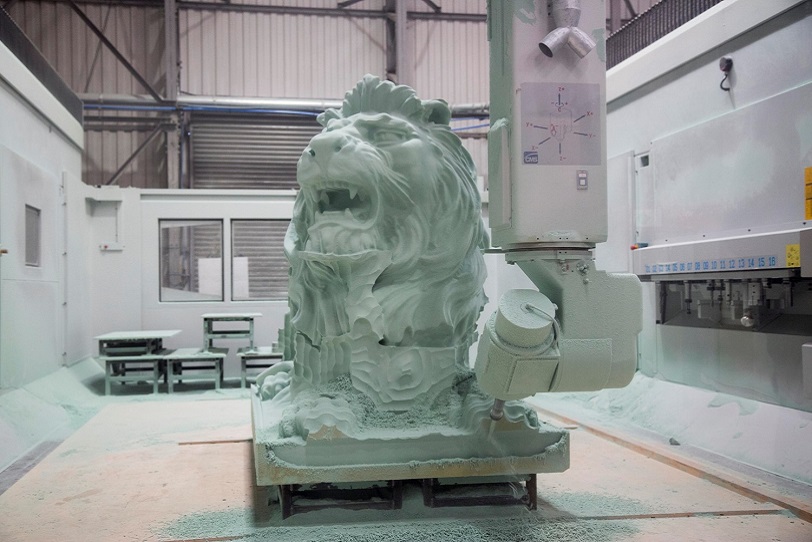 We started Fluxaxis because we were frustrated. Frustrated that the world of 3D printing had been hijacked by the media who were largely writing about nonsense projects. Articles about the technology were everywhere but were almost always about printing a body part, printing a gun, or printing another 3D printer.

More often than not, the article would be accompanied by a 3D printed chess piece, no more than 100mm tall.

At the same time, we were beginning to see the true potential of the technology. We quickly came to understand that this wasn’t about printing chess pieces, or salt and pepper shakers or even guns. This was a platform that could give us a new route to printing stuff on a whole new scale.

Want a theatre set? Let’s print it. Want some complex geometry panels for your building facade? Let’s print them. Want to replicate a giant lion? Roar! Want to create a sculpture that is almost impossible to fabricate? Boom! Let’s go!

We know about making difficult and unusual stuff. We’ve been doing in our workshops for years. But now we’ve got a whole pile of new technology that we can exploit in the form of 3D printers and scanners. And to be clear, this isn’t stuff you can buy on the high street. We have a world-class arsenal of kit, the combination of which doesn’t exist anywhere else in the world.

And we’re putting this kit through its paces. We’re pushing these machines to their limits. We’ll take them to bits, hack them and make them even better. This is a disruptive technology. And we’re intent on disruption…

Keep checking back. Come and visit us. Send us a model. Talk to us. Throw us a challenge. Send us something you think we’ll not be able to print. Ask us to print something behemoth.