3D Printing and the Democratisation of Museums, History, Art, Design… 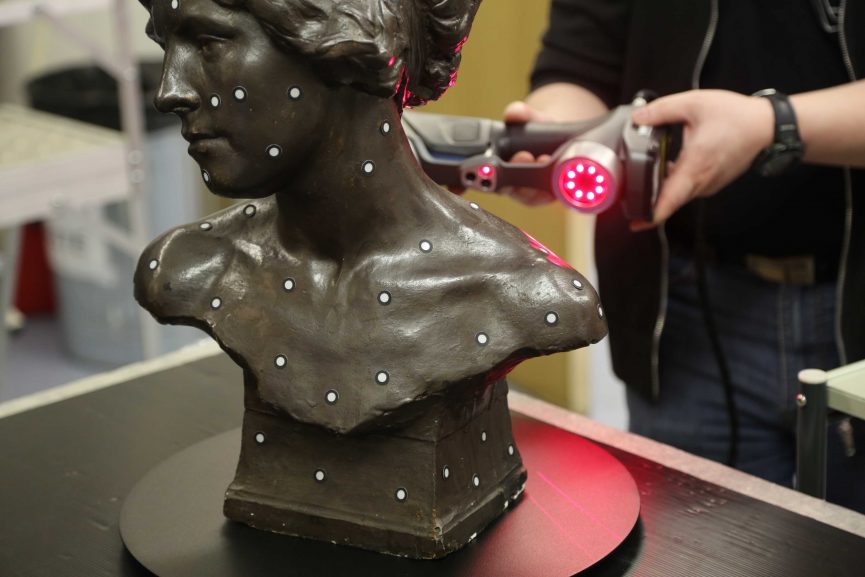 The idea behind the V&A’s ‘Taking Sculptures for a Walk’ workshop last year was a generous one. Using 3D scans of some of the museum’s sculptures, CAD software and a 3D printer, young patients undergoing bone marrow transplants at Great Ormond Street Hospital were invited to get creative – and have some fun, creating their very own hero sculptures at the bedside. It’s an exciting idea, that 3D printing can bring the opportunity to design and make stuff to patients isolated in a hospital ward. In his blog, V&A Digital Learning and Interpretation Team Leader, Alex Flowers, describes 3D printing as ‘’an incredible tool for getting people to think about design and get actual physical outputs from their digital work.’’

Also in London, the Petrie Museum at UCL currently has a free exhibition running till the 22nd of April, where 3D printing has been used to recreate incredibly fragile musical instruments from Ancient Egypt. The prints are the result of a two-year research project between the University of Kent and Manchester Metropolitan University. Researchers used 3D scanning and computer modelling to 3D print replicas of the original objects, also making recordings to reveal musical sounds not heard for many hundreds of years. 3D printed artefacts include reed panpipes, ceramic rattles, wooden clappers and sets of double-flutes. Incredible to think that the sounds of the past can be brought to our 21st century ears through the medium of 3D printing! 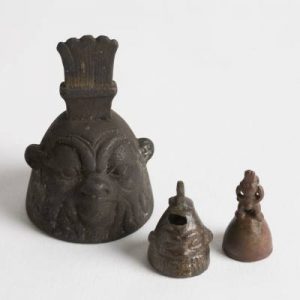 Having worked with a range of artists, we know just how creative a tool 3D printing can be. With initiatives such as Scan the World, museums, art galleries and visitor centres are beginning to embrace it as a tool for filling in narrative gaps, connecting with audiences and opening virtual doors to reveal the hidden riches. Institutions are recreating artefacts, replicating multiple artefacts, reimagining and reinterpreting art works (Michael Eden’s ‘Form and Transform’ springs to mind) at the same time as improving access to the thousands upon thousands of artefacts held in collections. Did you know only 1% of the British Museum’s eight MILLION objects is on public display at any one time? 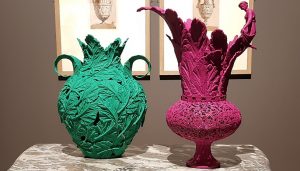 Museums have long been encouraging us to engage and interact. From introducing smells and sound back in the 1980’s, to the touch screens and digital content of today. But 3D printing seems to be offering something different, reaching inside the glass case and placing objects right into our hands.

Conceptual artist, Alice Martin’s particular interest lies in how objects are presented in museums and in how to involve the viewer, making their role less passive. Her recent work, ‘Copy in Context’ re-imagined three epichysis, (ancient Greek funerary jugs) from the collection of the Musée Saint-Raymond. ‘’By (re)creating ancient artefacts, I enable the beholder to also engage with the sculptures through touch. My practice is concerned with tactile engagement, interaction and the relationship between the artist and the museum.’’

In an article in 3D Printing Industry, she says: “By having a tactile engagement with my art, it makes the viewer less passive and more involved, it allows them to contemplate the work further and get up close and personal with the stuff of the past.”

It’s not just a lack of cash (bus fare, entry fee – and really, can you resist the lure of the café and shop?) or geographical distance (we’re precisely 211.2 miles from the V&A) that might keep us away from a major museum or art collection. For some, it might be ill health or a lengthy hospital stay. Museums, art, history and design should be for all of us. For that reason alone, long may the 3D democratisation of design, heritage, museums and art continue.

If you’re interested in using any of our 3D scanning or printing facilities, please give us a call.